Kent City boys’ basketball coachDave Ingles was featured about his struggles with depression and how he’s helping himself by helping others. Below is an excerpt. 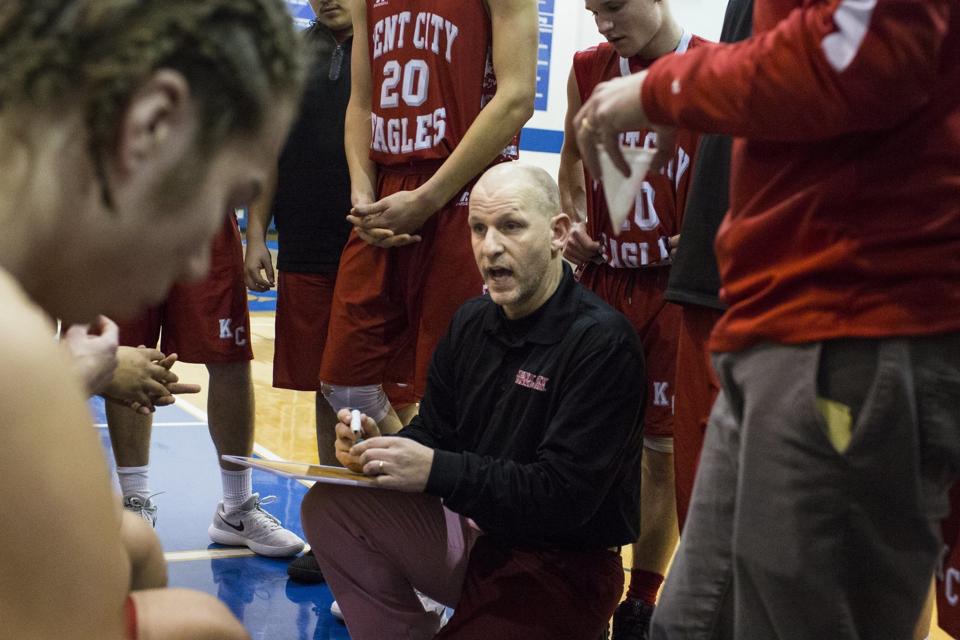 Dave Ingles is starting to tell his story.

Not the one as coach of the Kent City High School boys basketball team that captured the hearts of the small town in West Michigan this winter with the first 20-0 regular season in school history. Not the guy with the bubbly personality and even brighter wardrobe choices.

That would be too easy.

No, Ingles is telling his personal story.

“Behind the scenes, it’s been a war basically every day to get to the next day.”

The one he hid for years from everyone, even his wife.

The one caused by depression that left him in a dark place, even suicidal at times.

It’s something he still battles today, and he says, most likely tomorrow.

In a way, he says it’s therapeutic to talk about his struggles that surface most often when he is alone.

The basketball season turned out to be a godsend. So are his family and friends, former players, the school, the basketball community, for the outpouring of support since his secret came to light.

He is undergoing counseling and getting help.

And now he wants to share his story to help others.

“You never know what someone is going through. It can look fantastic, but yet, behind the scenes, it might not be that way,” he said during a recent 45-minute interview that included tears and laughter. “We kind of look at what’s going on, you’re 20-0, we’ve gone to the Breslin Center, all these good things have happened as a coach, but in the meantime, we haven’t enjoyed it at all.

“Behind the scenes, it’s been a war basically every day to get to the next day.”

Read the rest of the story on MLive.com.